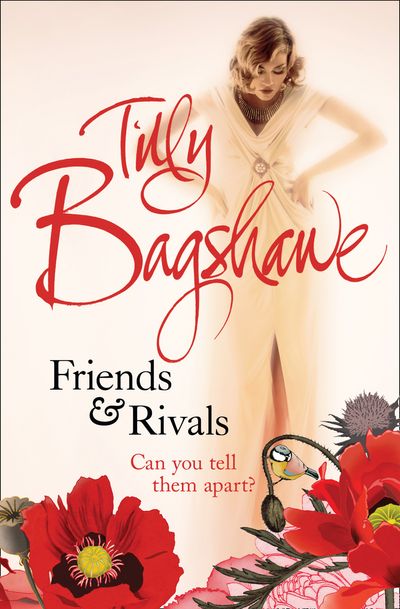 For everyone who loves Jilly Cooper, Penny Vincenzi, Tasmina Perry and Louise Bagshawe.

Cat fears she is past her prime. Her philandering husband, Ivan, who she still loves passionately after twenty years of marriage, leaves her for a younger woman. Devastated, there is only one person left who Cat trusts.

Kendall is sure she has it all. But underneath her tough exterior she hides a vulnerability – she is helplessly struggling with an unrequited love. But when Kendall’s need for success consumes her, she won’t let anyone stand in her way.

Ava is an innocent, plucked from obscurity and thrown into the deep-end of the glamorous world of fame. When she is pitted against Kendall, the world watches closely, wondering who will survive.

As these three women try to navigate a backstabbing world of infamy, desire and fortune, will they be tempted to betray the people they hold dearest?

Author: Tilly Bagshawe
Format: Paperback
Release Date: 27/09/2012
Pages: 464
ISBN: 978-0-00-732653-2
Tilly Bagshawe is the internationally bestselling author of four previous novels. A teenage single mother at 17, Tilly won a place at Cambridge University and took her baby daughter with her. She went on to enjoy a successful career in The City before becoming a writer. As a journalist, Tilly contributed regularly to the Sunday Times, Daily Mail and Evening Standard before following in the footsteps of her sister Louise and turning her hand to novels.Tilly's first book, Adored, was a smash hit on both sides of the Atlantic and she hasn't looked back since. She is married and has two young sons as well as Tilly's daughter Sefi, who is now 18. The family divide their time between their homes in Kensington and Los Angeles and their beach house on Nantucket Island.

For everyone who loves Jilly Cooper, Penny Vincenzi, Tasmina Perry and Louise Bagshawe.