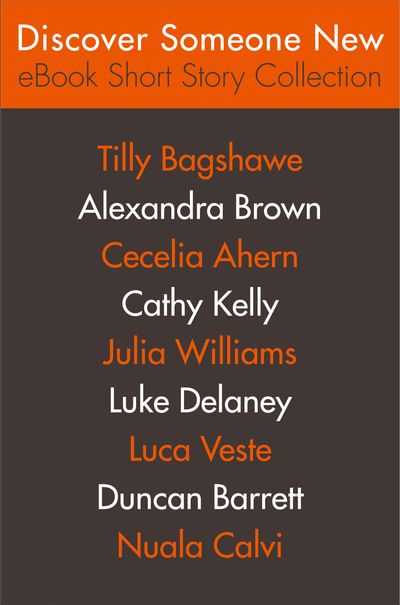 ONE CHRISTMAS MORNING by Tilly Bagshawe

ME AND MR CARRINGTON by Alexandra Brown is a deliciously funny short story perfect for anyone who loved CUPCAKES AT CARRINGTON’S, and for those discovering the loveable Georgie Hart for the first time.

THE LAST DAY OF THE YEAR by Cecelia Ahern is a heartwarming story from the #1 bestselling author of PS I LOVE YOU about coincidence, kindness and love.

ANNIVERSARY WALTZ by Cathy Kelly, from the CHRISTMAS MAGIC collection, is a uplifting tale of broken families healing again.

REDEMPTION OF THE DEAD by Luke Delaney

TIMES UP! by Luca Veste

THE SUGAR GIRLS – JOAN’S STORY by Duncan Barrett and Nuala Calvi is one of four stories from The Sugar Girls. During the Blitz and the years of rationing, the sugar girls kept Britain sweet. The work was back-breakingly hard, but the Tate & Lyle factory was more than just a workplace – it was a community, a calling, a place of love and support and an uproarious, tribal part of East London.

Author: Tilly Bagshawe , Alexandra Brown , Cecelia Ahern , Cathy Kelly , Julia Williams , Luke Delaney , Luca Veste , Duncan Barrett , Nuala Calvi
Format: ebook
Release Date: 07 Oct 2013
Pages: None
ISBN: 978-0-00-755465-2
Tilly Bagshawe is the internationally bestselling author of nine previous novels. A single mother at seventeen, Tilly won a place at Cambridge University and took her baby daughter with her.She went on to enjoy a successful career in the City before becoming a writer. As a journalist, Tilly contributed regularly to the Sunday Times, Daily Mail and Evening Standard before following in the footsteps of her sister Louise and turning her hand to novels.Cecelia Ahern is an international bestseller. She was catapulted into the spotlight with her hit debut novel, P.S. I Love You, which was adapted into a major movie.Her subsequent novels have captured the hearts of readers in 46 countries – her themes touch a chord with people in every continent, with over 15 million copies of her books sold.