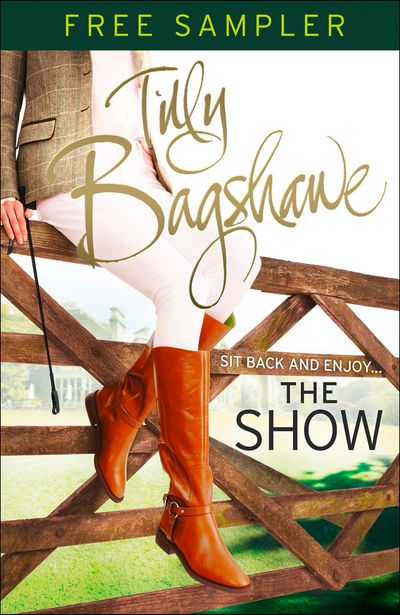 Nestled in a glorious patchwork of fields, surrounded by chocolate box villages, Wraggbottom farm means everything to Gabe and Laura Baxter. But love and tradition doesn’t pay the bills. Luckily, Laura has an idea that will share the secret of her happy (if sometimes muddy) country life: producing a reality show that will save the farm!

Until the interfering new vicar, ‘Call-me-Bill’ takes it upon himself to lead a protest against the show. Suddenly the village is divided; even Gabe is torn between his new found fame and his old, happy life.

With so much at stake for her village and her marriage, will Laura be able to weather the storm or will her big idea turn out to be her biggest mistake?

Author: Tilly Bagshawe
Format: eBook
Release Date: 21/05/2015
ISBN: 978-0-00-815196-6
Tilly Bagshawe is the internationally bestselling author of seven previous novels. A teenage single mother at 17, Tilly won a place at Cambridge University and took her baby daughter with her. She went on to enjoy a successful career in The City before becoming a writer. As a journalist, Tilly contributed regularly to the Sunday Times, Daily Mail and Evening Standard before following in the footsteps of her sister Louise and turning her hand to novels.Tilly's first book, Adored, was a smash hit on both sides of the Atlantic and she hasn't looked back since. Tilly and her family divide their time between their homes in Kensington and Los Angeles and their beach house on Nantucket Island.